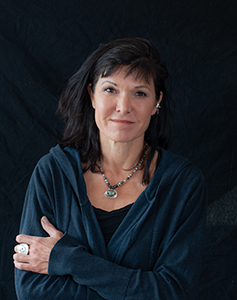 Tania Dibbs is a technically gifted and highly accomplished artist who explores the jagged intersection between the natural world, humanity and culture through painting and sculpture. The screens and overlays that she paints over her scenes both highlight and obscure the landscape beneath, speaking to the beauty of nature as well as to the conflicting yet fantastic constructs of man. Her work is diverse in style yet unified by its intent, passion and devotion to exploration. Her sculptural pieces combine symbols of wealth and culture with their opposites, highlighting a bigger discussion about our fast changing relationship with the planet and with nature in general. This contemporary issue is indeed urgent and relevant. Tania’s work can be found in the US, Europe and Australia in collections such as those of Etty and Perry Farrell, Los Angeles, CA; Jackie and Mike Bezos, New York, NY; Portia de Rossi, Beverly Hills, CA, and  Gov. John Hickenlooper, Denver, CO. Tania’s pieces have also been included in major hotels like the Four Seasons, Ritz Carlton and Gaylord National, among many others. For a complete list of all available work, please click here or email your request to admin@taniadibbs.com